You are here: Home / Archives for work

I had mixed feelings about the Four-Hour Body before I even started reading it. On the one hand,  I bet Tim Ferriss would be a blast to hang out with. His writing style is almost addictively engaging, and I’ve noticed all of my fitness gurus (and non-fitness gurus) dropping his name with alarming regularity. (I could list at least a dozen people I really respect who have mentioned him in phone conversations or on their blogs in recent weeks, but I won’t.) I’m sure he’d be a blast to hang out with and is great at parties. And Tim Ferriss probably doesn’t need my book review. He’s got an army of followers and 833 5-star reviews on Amazon. People are tripping over themselves to write about the guy. And the review of his book in the New York Times, albeit negative, probably helped him sell even more books.

On the other hand, I approached the book with skepticism. I am no fan of the Four-Hour Work Week. In fact, if I believed in hell, I’d even go so far as to say that there would be a special place reserved in it for FHWW adherents–specifically, the ones who I’ve worked with on projects right when they decided said projects were not part of the 20% of their tasks worth doing (and left myself and others others to pick up the pieces), or those who have no problem with confusion, broken chains of communication and lack of a human element in their work life, or think it’s okay to waste other people’s time with bizarre requests to accommodate their (almost entirely outsourced) businesses so they can go traipsing about on prolonged vacations while VAs (from less privileged countries) do their level best to keep everything together.

As much as 4HWW annoyed me, Four-Hour Body is a testament to Ferris’ time well-spent. While ignoring and outsourcing huge parts of his life, he spent hours in which he wasn’t vacationing exploring ways to be a ninja: gaining muscle, speed, strength and longevity. I can respect that. Who hasn’t spent hours at real jobs gazing out the window or cubicle and wishing they were, instead, pushing the limits of human performance?

The Four-Hour Body is nothing if not well-researched, and for every gimicky chapter promising (for example) good sleep for a handful of overpriced items you can buy through affiliate links embedded in the book, or weight loss by sitting on ice, there are chapters that are tremendously useful and well-researched. From lowering bodyfat to adding muscle, reversing injuries to improving one’s strength, sleep, running, swimming, longevity and even sex life, the book is absolutely jam packed with detailed information and resources. I found the posterior chain chapter particularly cogent.

The book reads like a lunch buffet, imploring readers to pick only the sections they like. But like a lunch buffet, you run the risk of putting too much on your plate and then feeling really sick afterwards and not being able to finish your meal… especially since each chapter pimps so many products that I’d hesitate to recommend the book to anyone on a budget.

I also found the title a bit misleading, as many of Ferriss’ protocols were complicated and time-consuming, and I don’t know if one could easily see results in just four hours a week. (I, myself, exercise 3-5 hours a week, and spend 2-4 additional hours a week in my sport of choice, and spend at least 5 hours a week preparing home-cooked meals. That means I spend 10-15 hours a week on my body, not counting 56+ hours of sleep.)

But the book is well-researched enough to provide appropriate guidance for a wide variety of activities and goals, and in a far more engaging manner than other books you’ll find. Ferriss comes across as a teeny bit smug, but he’s on the reader’s side, and if nothing else his cult following will help you find other s attempting to experiment with his techniques (such as punk rock business consultant Johnny B. Truant, who is experimenting with the Slow-Carb Diet this month). (I, myself, am partial to the Paleo diet, but…uh, that has nothing to do with this book review. Except that I can’t in good conscious write about slow-carb without mentioning it.)

Bottom line? Look through 4HB in the book store, see if there’s chapters you like, and if you have the time, motivation, desire–and probably money–pick up a copy. Otherwise, maybe try the library?

Welcome to my weekly variety hour, where I post the most  thought-provoking, amusing or otherwise interesting articles gathered from around the interwebz each Wednesday.

Yes, some of us are sick of winter. Here’s some warm fuzzy stories that might cheer you up.

The next set of articles all happen to be science-y. I didn’t plan this theme, but it just kind of developed. The circumstances were right. 😉

I have a piece in this month’s Taste for Life, a custom publication you may be able to find in your health food store or co-op. So check it out if you get the chance! I wrote about the Heel detox kit.

Top Five Reasons Why Women Should Lift (Heavier) Weights is my contribution to the Strength Guild, an awesome new blog that just launched.

It’s February, which means the new issue of the Performance Menu is out. For just five bucks you can read articles on squatting (from Matt Foreman), mass gain (from Dan John, one of my heroes), sleep (from Whole9’s Dallas Hartwig) as well as the second part of my interview with sports psychologist Bill Cole, about the importance of mental preparation for athletic performance. The issue also includes Paleo-friendly recipes.

20 Questions That Could Change Your Life: Something to contemplate, especially if you’re stuck indoors due to weather. Have a great rest of week!!! 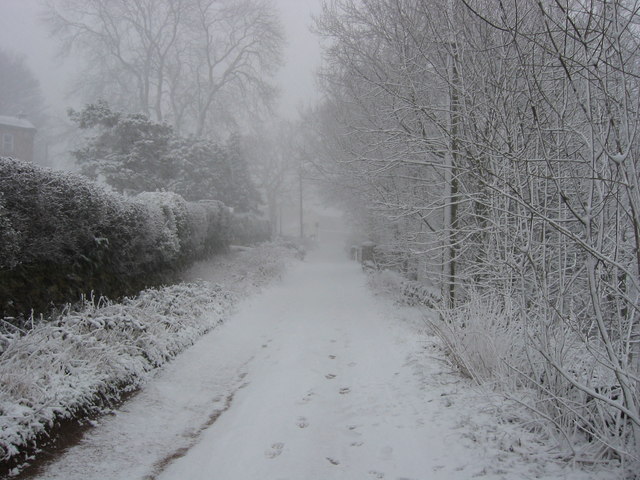 I’m typing from my living room, with a very snowy view of the outside world. Although I managed to not leave my house yesterday, today I’ll need to scrape my windows and hit the road to get to my gym. I’ve never been very tolerant of cold, and can’t even describe how much I’m ready for spring. I’d love to ride my bike or even go on a walk without contending with 12 degree weather.

I’m making it a practice to spend each month getting things in order–everything from financial records and invoicing to looking at my list of annual goals and seeing how I did.

I’d also like to use this space to sum up the good and hard each month. Please do feel free to leave yours in the comments!! I’d love to hear how your January was.

I’m holding out hope for a February which is fun and eventful and goes by quickly, so spring will be even closer.

How was your January?

So you would love the services of an artist, or writer, or web designer or massage therapist. Although you can’t afford their steep fee, they’ve agreed to either work for free or cut their hourly fee drastically to work within your budget. Lucky you! Here’s some tips to help you minimize conflict and feelings of resentment.

If you’re getting a substantial reduction in fee for web design (as an example), can you get something basic done without the bells and whistles? Can you wait longer for your services so that your buddy can prioritize clients paying the full fee? If you’re getting a free service that needs to be scheduled, is there a way you can schedule it at a slow time rather than the busy time of day?

Don’t call up the person doing you a favor at 2AM with silly questions. Don’t ask them unrelated questions you could easily find the answers for yourself. Don’t add to their workload by arranging multiple meetings, or to the cost of their services by asking for work requiring additional supplies (which you can’t provide). Don’t treat their work as if it has less value simply because you’re not paying (or not paying full-price) for it.

Maybe you can’t afford to pay the full fee (as we’ve established), but is there a way you can help the other person out? I got bodywork done once at a very low fee, and went out of my way to bring in relevant articles and books for my bodyworker to borrow. I also referred people to him regularly. I’ve brought gifts of baked goods or done proofreading and editing for people who basically helped consult me for free, or even sent them books as presents.

I once got sliding scale work done from someone, and realized that it wasn’t so much that I couldn’t afford her services if she was charging full price, but that I didn’t think the quality of her work was worth her full fee. If I had the full fee, I reasoned, I’d go to someone who was a better fit. Perhaps that’s what I should have done in the first place. Fewer sessions from a quality practitioner at a higher price are often more effective than going with the least expensive option.

Sometimes people offer “free services” because they’re expecting “special favors” which could include something as innocent as referrals,  or something else entirely. (And that’s when you should run the other way. This should go without saying.)

So you got a sliding scale fee because you were out of work, but you finally got your first paycheck from a brand new job. Now’s a good time to renegotiate your fee–before your practitioner or provider asks you to do so.

What can you do to help people in the same way as this person helped you? Spread the love. Now that we live less than one CD away from civilization, my boyfriend and I actually get to go to cool events during the week. So I was thrilled to learn that Christian Landry, of Stuff White People Like fame, would be speaking at our favorite indie bookstore in Minneapolis.

One of the things I’ve noticed since moving to the Midwest is that racist comments are made in polite company with alarming regularity, often making me wish to quote poetry by Daphne Gottlieb (overheard at a dinner party), which goes something like, “What I hear you saying is that it’s your experience that undercapitalized people of color are responsible for most of the problems in this country. I don’t want to invalidate what you feel, but I think we can agree to disagree on this. It’s so good that you feel this is an open and free environment in which you are safe to express yourself.”

Perhaps more effective, and definitely more enjoyable, is responding in kind by making fun of white people, especially if you happen to be white yourself. Landry’s work effectively and amusingly stereotypes white people (or, more specifically, upper middle class liberals–many of which happen to be white) in a hysterical and only mildly offensive way. “If you thought you had white people pegged as Oscar-party-throwing, Prius-driving, Sunday New York Times–reading, self-satisfied latte lovers—you were right. But if you thought diversity was just for other races, then hang on to your eco-friendly tote bags. Veteran white person Christian Lander is back with fascinating new information and advice on dealing with the Caucasian population,” explains a review of his book before delving into, well, stuff white people like. The sequel to the first book is Whiter Shades of Pale, which explains diversity inherent in Caucasian culture.

The book is hysterical and highly recommended, especially for those of us who think too much and need some lighthearted reading to pass the time, or perhaps take ourselves a touch too seriously. Landry’s books are the next best thing to The Field Guide to North American Males. It was also fun to hear him speak in person and have him sign my book, even though he misspelled my name. (How come white people thing Yael starts with a W, anyway?)