You are here: Home / Archives for bjj

If you set some goals for 2012, perhaps improving your grappling is on the list. Luckily, a plethora of instructional books and DVDs are out on the market–the problem is often which one to choose. But it’s hard to go wrong with Marcelo Garcia, who is arguably the best pound-for-pound grappler in the world in addition to being one of the most sought-after instructors. Marcelo has five world championship titles as a black belt, as well as countless submission grappling awards from ADCC. He has won many absolute divisions against larger, stronger opponents at the highest levels… and in his instructionals (on MGInAction.com), he seems like a very down-to-earth person as well.

I was a bit intimidated when Victory Belt Publishing sent me this book for review. It is, after all, advanced techniques and I’m just a baby when it comes to BJJ. But Marcelo Garcia’s system is always intriguing, as he provides numerous variations to techniques that are unique to his system and often more effective–especially if you’re smaller than most of the people at your gym. (As I mentioned, Marcelo has competed in absolute divisions at the highest levels and done brilliantly, a testament to his technical mastery in the sport.)

Advanced BJJ Techniques is divided into 6 sections: arm drags, establishing back control, submissions from back control, takedowns, attacking the guard and submissions. But first, there’s the introduction–written by Josh Waitzkin, author of the Art of Learning (which, incidentally, is an amazing book about learning, interwoven with Waitzkin’s experiences in competing in both chess and Tai Chi at an elite level). Waitzkin is a chess prodigy and writes with so much beauty and precision. Like Marcelo, he is absolutely brilliant; birds of a feather and all that.) Reading Waitzkin’s descriptions of Marcelo–his personality, his learning processes and his approach–is an absolute treat. Some interesting tidbits: Marcelo does not study opponents ahead of time, will not use techniques that won’t work against bigger and stronger opponents (including D’arce chokes, head and arm chokes, and kimuras) and is always up for a challenge, perhaps sometimes to his own detriment. I found myself wanting to read more about Marcelo as a person, but alas, this book is an instructional and not a biography.

Who is this book for? It is definitely an advanced book, though I think intermediate students may benefit from it as well. Almost all of the techniques are for the gi, so if you train primarily in no-gi, this may not be the best book for you. I think it would be difficult to use as more than a resource if you are a beginner…unless your coach uses techniques from the book in their instruction and you’d like to have something to refer to.

The book’s strengths? It is incredibly comprehensive, focusing not only on techniques but also on the set-ups and options for failed attempts. There is a lot of emphasis on transitions, which is missing from many BJJ instructional books. The photographs are great, like with all Victory Belt books, but specifically they also include minor steps for the techniques as well as photographs of the main steps. And Marcelo always has very technical variations of moves that work against bigger, stronger opponents. The book was co-written by Marshal Carper (author of the Cauliflower Chronicles) and Glen Cordoza, so it’s very well-written and easy to understand.

Onto the meat of the book. It starts with the arm drag section, which is divided into three parts: arm drag grips, arm drags to back takes and transitions from failed arm drags. There’s descriptions of times when Marcelo used these arm drags in competitions, and he describes both gi and non-gi variations with various grips. As with all Victory Belt books, photographs are abundant, making it easy to understand each technique.

The section on establishing back control is very extensive, and includes the basic body lock, ways to secure the second hook, and 8 counters to common escapes.

Submissions from back control include a detailed breakdown of the rear naked choke, an alternate back choke, ways to trap the arm to get the rear choke, information on the bow and arrow choke (including grip fighting and counters to escapes), and a counter to the back escape from a belly-down rear choke.

Takedowns are often underemphasized in grappling–usually due to space–so I was psyched to see the takedown section in this book. Marcelo prefers wrestling style takedowns to those used in judo and that’s what he emphasized: shooting in (double leg and single leg takedowns and trips and counters to sprawls), and the over/under clinch, plus some counters to sprawls.

Last but not least, there’s a chapter on submissions. It is divided into three sections: chokes, armbars and omoplatas, and counter omoplata defense. These often include a transition: throat crush to guillotine; single leg counter to guillotine, failed choke crush to forward roll to bridge choke, plus the North/South choke, armbar from mount and various omo plata setups.

The book will run you $34.95–but it’s less on Amazon or BudoVideos, so check around.

I promised I’d release the results of my 2nd annual reader survey, and give a bit of an overview of where the blog will be heading in 2012.

Survey responses were collected between November 13th and 22nd.

The most often selected blog topics survey respondents were interested in were health and fitness, along with the weekly “Variety Hour” and “Friday Musings” posts.

There was some interest in MMA, grappling/BJJ, recovery, psychology, politics/news, poetry and videos.

People were interested in a variety of topics that were not covered, including motivation, kickboxing and variations on equipping a home gym (on a budget, in a limited space, after an injury, in a rental unit, etc.)
motivationI think you covered it. n/akickboxingStuff about equipping a home gym, maybe with variations like “On a budget” or “In limited space” or “After sustaining an injury” or “In a rental space,…
Lack of Interest
Some people said they were not interested in martial arts and men’s MMA, and still others were uninterested in all things fitness-related or Paleo-related.
Where This Is Going
Because survey respondents were only a small percentage of readers, I took these results into account along with other data, such as traffic volume and other indicators. My conclusions?  The vast majority of you guys are interested in most of the topics I cover (health, fitness, food, combat sports) and are especially pleased when there’s a personal angle to the posts. It is great to have authoritative information, but I think it’s really the human angle that many of you are looking for. So I will continue to include my own personal experiences in my posts.
It seems that other topics I write about are of interest to some but not all readers. I will continue to include posts about self-employment, writing, etc. but they will remain in the background.
I was pleased to learn that people enjoy the Variety Hour and Friday Musings posts, as I really love putting them together.
I am still working on determining a publishing schedule for 2012, and deciding whether to maintain the current schedule of five posts a week or lower the volume–so stay tuned.
A special thank you to all survey respondents! 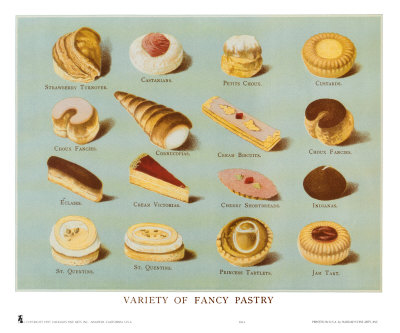 The variety of links this week is the same as usual: some health and fitness posts, some thought-provoking pieces (on education and writing this time), food posts and combat sports posts. Enjoy!

Yesterday, I posted the top ten blog posts from 2011, according to my hosting statistics. Today, I’d like to link to some posts I have available elsewhere. This list is far from comprehensive. Much of my writing is available in print publications and not online. Some of it is ghostwritten, and much of it is very time-specific (such as interviews with fighters about events which already took place.) Nonetheless, here’s five posts that I’m pretty proud of which I think you may enjoy, if you missed them the first time around.

We’ll have our regularly scheduled Variety Hour tomorrow, and Friday Musings to finish the week. On Thursday, I’ll wrap up the survey responses for y’all and give a little outline for what to expect next year.