You are here: Home / tech / Protecting Your Sources In the Age of Surveillance: A Tool Roundup

If you’re a journalist, you’ve probably been privy to information that could put your sources at significant risk if it got in the wrong hands. I’ve written a post on The Freelancer with some basic tips on how to protect your in-person communications, but ran out of space to talk about the tools of the trade–patiently explained to me by Michael Carbone, Manager of Tech Policy and Programs at Access, Runa Sandvik, privacy and security researcher at Freedom of the Press, and a couple of other experts speaking on background.

You may want to start playing around with these tools now, as it’s best to get a handle on them before you actually need them. But before we delve into complex, high-tech tools, be aware that basic digital security measures should be in place. I’ll have a post within the next week or so on ways to make yourself safe(r) on line, whether you’re a journalist or not, but for now, here are some basics:

Now that the basics are taken care of, let’s get to the fun stuff. Here are some tools you can pick and choose from to decrease the chances that your source’s identity will be compromised.

Tor is a robust anonymity network that protects your location and identity online by bouncing communications through multiple volunteer-staffed locations around the world. Originally developed for the U.S. Naval Research Academy to protect government communications, Tor was also famously used by whistleblower Ed Snowden to send information about PRISM to the Washington Post and the Guardian. Tor sometimes gets a bad rap because it’s been used as a tool to spam web forums or send anonymous hate mail, but it’s also been used by domestic violence survivors to avoid cyberstalking without needing to quit the internet cold turkey.

If you’re reporting from a country with internet restrictions, you can use Tor to access the websites that would otherwise be blocked. If you’re okay with giving away your identity but not your location, you can post on social media sites using the Tor browser.

The Tor Browser is incredibly easy to use, and doesn’t even require that you install any software. The operating system Tails, which can be used while traveling, lets you use the internet anonymously and routes traffic through Tor. It requires a bit more technical know-how.

Making user identity and location for both journalists and sources is highly useful, and the fact that it requires limited technical knowledge makes Tor a no-brainer.

SecureDrop is used by prominent publications and websites, including the New Yorker, Forbes, ProPublica, Intercept, the Washington Post and the Guardian.

Difficulty: SecureDrop is challenging to set up without some computer know-how, and it’s recommended that an organization has an IT professional or system administrator to maintain it.

What it is: PGP stands for “pretty good privacy,” while GPG, an open-source version, is “Gnu Privacy Guard.” Both tools allow you to send and receive encrypted messages to people online, using their public key code. These messages look like a jumble of text to anyone unless you sent it to them, and they open it with their own special private key code. Even if you don’t want to encrypt a message, you can digitally sign an email, so that the recipient knows it wasn’t tampered with in transit.

Difficulty: Let’s just say that I definitely wouldn’t recommend trying to learn how to encrypt email while on deadline. Although it’s not hard to download and there are numerous tutorials online (like this one by opsec expert Tom Lowenthal), it can be challenging to get all of the components to work together with your email client. (GPG also doesn’t work with Yosemite, if you’re on a Mac, and it looks like they will begin charging for the service once it’s ready.)

I was lucky enough to make fast friends with someone who gave a presentation on the topic. Even with assistance, I made multiple juvenile errors, including hitting reply to an encrypted message (thereby unencrypting it), sending something unencrypted when I thought it was encrypted, and setting an expiration date a year sooner than I’d intended.

The email client Thunderbird offers a robust encryption plugin called Enigmail that is a little finicky but can simplify the process, and a new program called Mailpile looks promising, though it isn’t finished. 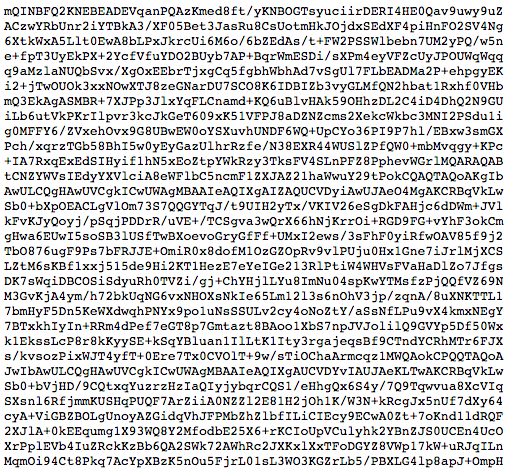 What it is: Off-The-Record (OTR) Messaging is a chat extension you can use to encrypt chat conversations. It can be used through the Tor browser to protect user location as well. It is used with other software, such as Adium for Mac or Pidgin for Windows.

Difficulty: OTR is incredibly easy to set up. If you are routing another chat program through OTR, you can see the encrypted conversations happening in that chat window. However, learning how to verify the identity of the person you’re speaking with proves to be a bit more challenging. 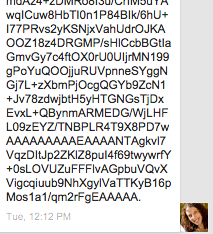 In addition, a company called Silent Circle offers encrypted calling and texting, with plans ranging from $12.95 to $24.95 a month to call non-user numbers. Otherwise, you can call users for $9.95 a month.

Skype has a complicated security history both locally and internationally. In some cases, Google Hangouts can be used instead. Otherwise, Jitsi is a good alternative for secure video communication. It can be used for chat, as well, as an alternative to OTR. Jitsi is easy to set up and use, does not require any installation, and allow you to use current services you have set up, such as AIM, Google Talk, or Facebook chat.

Say you’re covering border issues and your laptop is confiscated at the airport… or even that you misplace it at a conference. If anyone makes a copy of your hard drive, it’s best if the material on it is encrypted.

Using a full disk encryption service such as FileVault (for Mac), BitLocker(Windows) assures that the image of your hard drive will be scrambled. Most Linux providers allow you to encrypt the hard drive when you first install the service. If you are storing your data in the cloud, make sure to use a service, such as SpiderOak, that encrypts cloud backups.

So there you have it—a wide selection of tools to choose from based on what your sources are able and willing to use, and what’s most appropriate for your specific situation. It may be worth picking just one to start messing around with before you really need to, so you’re not trying to install and master challenging tools on a deadline.

For more information, check out some of these links as well:

Surveillance Self-Defense (for journalists on the move) (EFF)